Dinesh Chandimal and Upul Tharanga hit half-centuries in a battling Sri Lankan performance in the second one-day international against South Africa at Buffalo Park on Saturday. 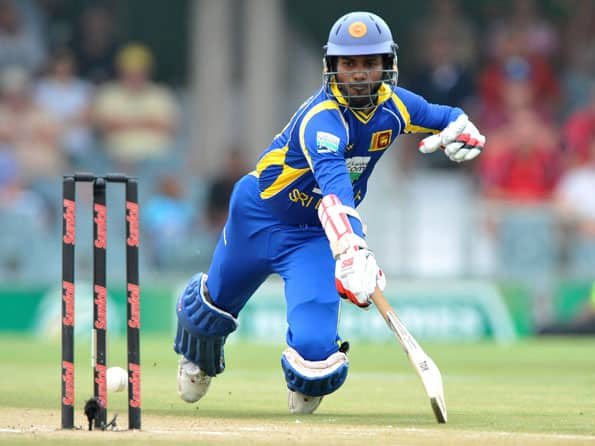 Dinesh Chandimal and Upul Tharanga hit half-centuries in a battling Sri Lankan performance in the second one-day international against South Africa at Buffalo Park on Saturday.

Seeking to come back after a record defeat in the first match in Paarl, Sri Lanka made 236 for six after being sent in on a slow pitch on an overcast day.

Tharanga hit 66 and Chandimal 92 not out as Sri Lanka made some amends after being bowled out for a record low 43 in Paarl.

Sri Lanka made another poor start, with captain Tillakaratne Dilshan run out for his second successive nought and Kumar Sangakkara caught behind for three as they struggled to 21 for two after 10 overs.

Tharanga and Chandimal put on 84 for the third wicket to build a foundation for a late innings acceleration that yielded 109 runs off the last 15 overs.

But the tourists were seldom able to break a stranglehold imposed by tight South African bowling and tigerish fielding.

The wickets taken included two spectacular diving catches by Dale Steyn at short fine leg to dismiss Mahela Jayawardene and Robin Peterson running back from mid-on to end an aggressive innings of 22 off 13 balls by Nuwan Kulasekara.

The left-handed Tharanga made his runs off 85 balls with six fours and a straight six off JP Duminy.

Chandimal hit only one four in reaching his fifty off 84 balls but added five more boundaries off the remaining 31 balls of his innings to finish tantalisingly short of a third one-day international century in 19 matches.

Lonwabo Tsotsobe and Morne Morkel took two wickets each after rain delayed the start by 26 minutes.(AFP)