I'm sure the Windies would have broken Olympic sprint records

It’s not only bouquets and brickbats but also bangles at Eden Gardens, recollected former India captain Chandu Borde here today. Remembering his brush with the Eden crowd after they were handed an innings and 45 runs thrashing by the West Indies in the riot-hit 1966-67 Test, the 80-year-old former India all-rounder said: “I’m sure the Windies would have broken Olympic sprint records by the way they rushed to the team hotel after riots broke out on day two.”

“After the match ended, the fans gave us nicely gift-wrapped packets at the railway station. We readily accepted them thinking that it would be sweets. At the next stoppage, when we opened them we were shocked to find bangles!,” Borde exclaimed, adding that such was the crowd’s passion for the sport.

“I had some fine memories here, from playing my first Test at the Eden vs the West Indies. Facing Eden crowd was more scary. You had it if you misfielded one at the boundary ropes. ‘Chandu khelna chhor de’ (leave cricket), they would scream,” Borde said. He also added it would take them 43 hours of train journey to come to Kolkata but the pain was worth taking for the sheer thrill of playing at the Eden and coming to Kolkata. 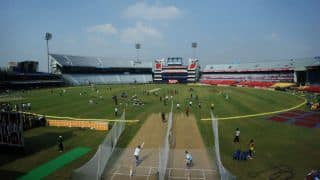 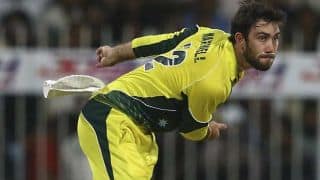