The scandal came to light following a complaint from Ballari Tuskers player Bhavesh Gulecha against an international bookie. Former Karnataka captain CM Gautam and left-arm spinner Abrar Kazi are among the 16 accused against whom the Karnataka Police has filed chargesheets in the 2019 KPL spot-fixing scandal.

The primary charge is of conspiracy to cheat under section 420 of the Indian Penal Code (IPC).

“We have evidence against all these people and they have been booked under CrPc (criminal charges),” Sandeep Patil, Joint Commissioner of Police, CCB, told ESPNcricinfo.

Blasters’ bowling coach Vinoo Prasad and multiple bookies have also been named in the chargesheets.

The scandal came to light following a complaint from Ballari Tuskers player Bhavesh Gulecha against an international bookie Sayyam and Bhavesh Bafna who played drums at the boundary during KPL.

Thara was the first person to be arrested with police claiming that along with Bafna, he approached fast bowler Gulecha to do spot-fixing during KPL matches.

According to reports, KSCA has put the upcoming season of KPL on hold till the investigation is completed into the matter.

He had also said the franchisees of the owners proven guilty will be terminated. 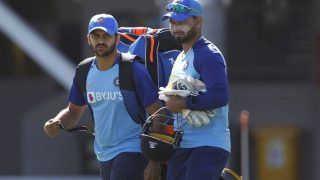 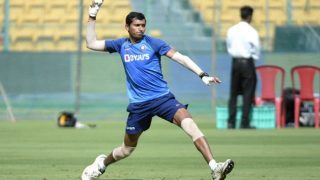