English Women skipper Charlotte Edwards has decided to call quits on a 20-year long international career. Edwards, who was appointed as the national side skipper in 2005, led England to a T20 World Cup victory and a World Cup win in 2009. She took the decision post semi-final exit from T20 World Cup 2016, where they were beaten by Australia Women. She finished as the leading run-scorer for her side in the tournament, with 202 runs. Edwards is the longest serving skipper of an English side have led the side for 200 matches. She represented the national colors in 23 Test’s, 191 ODI’s and 95 T20I’s. She was also the first women cricketer to be inducted in MCC World Cricket Committe. ALSO READ: England Women to tour West Indies for ODI series in October

Speaking on her decision to retire from international cricket, Edwards said, “I leave very proud of the standing in which the women’s game is held and of my contribution as a player and captain.It’s the right time for a new captain to lead the team forward.” While no official announcement has been made regarding the new captain, the current vice-captain Heather Knight is expected to take over.

Edwards ends her career as the leading run-getter in ODI’s, with 5992 runs and T20I’s, with 2605 runs. In terms of captaincy, she guided England to wins in 2009 T20 World Cup and 2009 World Cup, as well as four Ashes. She will next be seen captaining Southern Vipers in the upcoming inaugural Women’s Super League. The tournament is quite similar to Australia’s Women’s Big Bash. The competition will kick start on July 30 and will run till August 14, with the final taking place on August 21. 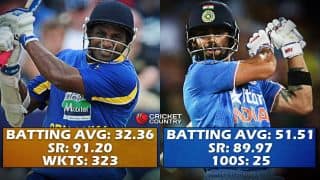