Ngidi was bought by CSK for INR 50 lakhs.

Lungi Ngidi, who has not featured in any game of VIVO IPL 2018 for Chennai Super Kings (CSK), flew back home after the sudden death of his father. A member of the family confirmed to South African media that Jerome Ngidi who lived with his wife Bongi in Kloof died on Friday morning following a recent back operation, as mentioned on Times Now.

CSA issued statement on Saturday upon learning about Ngidi’s father’s shocking death: “Cricket South Africa is shocked and deeply saddened by the passing away of Mr Ngidi. We would like to extend our most sincere condolences to Lungi and his family. May the Lord be with him and comfort the rest of the Ngidi Family during this difficult time.”

It further stated: “I am taking this moment to pass my condolences to the Ngidi family. It has to be even more difficult to lose a father figure at such a young age for Lungi. May the soul of Mr Ngidi rest peacefully.”

Ngidi was bought by CSK for INR 50 lakhs. His bidding came into light after his sensational debut against India in the three-match Test series in January. He ended with figures of 6 for 39 at Centurion. He also boasts of 43 wickets in 39 T20s at an average of 19.21. 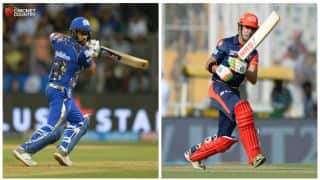