Chennai Super Kings openers' failure to provide the side starts consistently in the Indian Premier League has irked batsman Subramaniam Badrinath, who says the "issue needs to be addressed" soon. 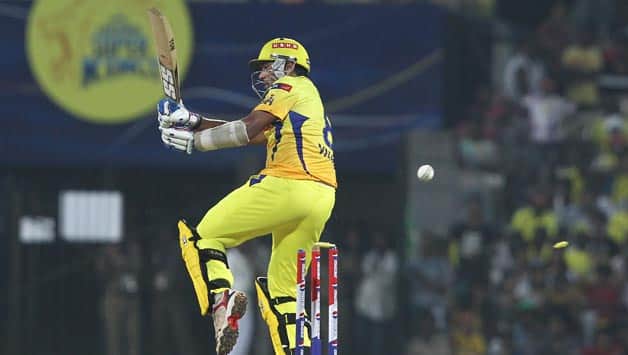 Apart from the match against Kings XI Punjab, Murali Vijay (above) and Michael Hussey have put on stands of 10 and four in two overs each © IANS

Chennai Super Kings openers’ failure to provide the side starts consistently in the Indian Premier League has irked batsman Subramaniam Badrinath, who says the “issue needs to be addressed” soon.

Barring the 10-wicket win over Kings XI Punjab, the Chennai openers — Murali Vijay and Michael Hussey — have failed to live upto the expectations, though the Australian was not part of the XI that lost to Pune Warriors on Monday night.

“The openers are not able to get us to the required start. In that one game against KXIP, the openers just saw us through. Apart from that, this is an issue that needs to be addressed,” Badrinath said.

“Faf [du Plessis] was brilliant for us last season at the top of the order. Opening is such a key role in Twenty20 cricket. In the first six overs the fielders are inside and you need to capitalise on that. That start takes on the momentum to the middle order and further in the innings,” he was quoted as saying by iplt20.com.

In their first three matches Super Kings opened with Hussey and Vijay, and apart from the game against Kings XI, the pair put on stands of 10 and four in two overs each.

Against Pune Warriors, Hussey was left out to accommodate allrounder Albie Morkel, and Vijay opened with Srikkanth Anirudha, who was out for a second-ball duck.

South Africa’s du Plessis is out with injury.

Asked about the idea behind leaving out Hussey, Badrinath said, “It was something got to do with the combination. We wanted Anirudha to get going at the top of the order and get Albie in to add some firepower in the batting and another bowling option. It was very unfortunate that Anirudha got out off the second ball.”

He felt bowling at the death was another area the team needed to work on.

“It has been a bit of a mixed bag so far. They bowled really well in the first couple of matches but today we slipped when it came to our death bowling. That is something that we will take up and work on.”

India wins Battle of Rawalpindi and with it the war