The ban will see CSK losing all their players who have bonded in the last eight years.

Chennai Super Kings (CSK) has moved to the High Court against the proposed ban of the Supreme Court appointed committee headed by RM Lodha that handed the Indian Premier League (IPL) franchises that included Rajasthan Royals as well a ban for two years. Also, the probed the corruption scandal that erupted two years ago, in which Gurunath Meiyappan and Raj Kundra had been found guilty of illegal betting. If the ban is implemented the CSK will lose all the players including skipper Mahendra Singh Dhoni who have connected well in the last eight years. READ: Madras High Court issues notice on BCCI’s decision to suspend CSK

According to a report from Indian Express, “CSK fans will not be able to bear to see their beloved players put up for auctions for other teams. Unless an order interim stay of the impugned proceedings is granted, the effect of punishment would be to destroy all that CSK meant to the public forever,” said the petition, adding that the ban of CSK would cause irretrievable injustice and the damage would be irreparable.

Meanwhile when asked about Srinivasan’s son-in-law Meiyappan’s involvement in the illegal betting, the petition said that it is something which the Board of Control for Cricket in India (BCCI) is supposed to answer. “The CSK today is in its own way an institution nurturing cricket at the state level just as much as the BCCI claims to be doing at the national level. The committee has lost sight of the fact that the franchise cannot be punished in this manner for the short coming in the functioning of BCCI.” READ: Kumar Sangakkara dismissed for 32 in penultimate innings during 2nd Test against India at Colombo

“Yes, CSK have filed a petition before the honourable chief justice of the Madras high court, challenging the Lodha committee order of suspending the franchise. As per the Supreme Court verdict, the Lodha committee order is final and binding on the BCCI but the aggrieved parties have the option to take legal recourse. The petition has been accepted and the case will be heard tomorrow,” CSK official Rajan said. 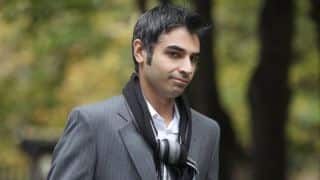 Salman Butt: Young cricketers should refrain themselves from participating in 'illegal practices'