Cheteshwar Pujara has time and again proved that he is indeed one of the most reliable batsmen in the Indian squad when it comes to Test cricket.

Cheteshwar Pujara has time and again proved that he is indeed one of the most reliable batsmen in the Indian squad when it comes to Test cricket, be it home or overseas. Following another fruitful series against South Africa, Pujara has swiftly turned his attention towards the upcoming tough tour of South Africa in January 2018. He said that no matter what, the Indian team is ought to be well prepared for the African safari, thanks to the all important series against Sri Lanka. He also backed the Indian fast bowlers to give a tough time to the South African batsmen, as India get set to play three Tests, six ODIs and three T20Is in the month and a half long tour. FULL CRICKET SCORECARD: India vs Sri Lanka 2017-18, 3rd Test at Delhi

“I think we [India] will be very well prepared before heading to South Africa. We are already talking about the things that we want before heading to South Africa, some of the guys have enough time to prepare for the tour. We have enough experience being in South Africa, that will help us. The fast bowling unit has been much better now and I think our fast bowlers will do the damage,” said Pujara during the post-match press conference following the third Test draw against Sri Lanka at the Feroz Shah Kotla Stadium in Delhi.

On Ravichandran Ashwin and Ravindra Jadeja

“I won’t say they are just spinners, if you look at their wickets they have done a remarkable job. They are the most difficult bowlers for any opposition to face.”

“We are having a chat about it [slip catchers], we will assign few players, will have players standing at the slips. We will even discuss about it when we reach South Africa, we have started talking about it. We might have to pin down only a few players as specialist catchers.”

“Talking about 2017, it has been a fantastic year, I still could have done better at times I feel that, there is always a scope for improvement. There are still some areas in which i want to improve.” 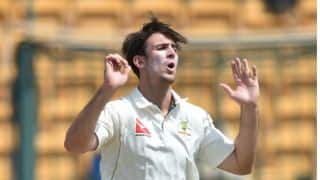