A London court on Monday cleared Cairns of perjury and perverting the course of justice.

Wellington: The acquittal of former New Zealand captain Chris Cairns on match-fixing-linked perjury charges is a serious blow for efforts to stamp out corruption within the game, commentators said Wednesday. A London court on Monday cleared Cairns of perjury and perverting the course of justice after prosecutors failed to convince a jury of his guilt over the course of a nine-week trial. New Zealand Herald journalist Dylan Cleaver, who originally broke the story that the ICC’s anti-corruption unit was investigating Cairns, said the result was a triumph for the former all-rounder. ALSO READ: Chris Cairns trial was unpleasant and incredibly difficult: New Zealand Cricket

He said the treatment of witnesses such as current Black Caps skipper Brendon McCullum would have players questioning why they should come forward to report corruption.

“Who’s going to want to be the next one to put their heads above the parapet and expose themselves to a skilled advocate who makes a living from shaping words to suit an argument?” he said. ALSO READ: Chris Cairns: Brendon McCullum part in perjury trial ‘sad’

“Nobody, that’s who,” he concluded, noting that players who cooperated with investigators had confidential testimony leaked, then had their characters assassinated by defence lawyers.

Former England captain Mike Atherton, writing in The Times of London, echoed the sentiment. “The verdict… could impact upon the sport’s fight against corruption, if, as a result, players think twice about whistleblowing and authorities long and hard about bringing cases to court,” he wrote.

Charges were brought against Cairns after he sued Indian Premier League chairman Lalit Modi for libel in 2012 over a 2010 tweet in which the administrator accused him of match-fixing.

The allegations against him resurfaced in December 2013 when the International Cricket Council (ICC) confirmed it was investigating match-fixing claims involving three former New Zealand internationals.

Cricket historian Gideon Haigh said the ICC anti-corruption unit already had a credibility problem before the Cairns case, citing the July acquittal of Indian paceman Shanthakumaran Sreesanth and two other players of spot-fixing.

Haigh said the case against Cairns was not helped by the fact that the prosecution’s star witness, former Kiwi batsman Lou Vincent, was a confessed match-fixer with a life ban from cricket. “After the collapse of the three IPL (Sreesanth) spot-fixing cases, the game’s anti-corruption ramparts, where they exist at all, appear decidedly porous,” he wrote in The Australian broadsheet.

New Zealand Cricket Players’ Association chief Heath Mills said the case showed the police, not the ICC, needed to be in charge of investigating corruption. “This is criminal activity,” he told commercial radio. “It’s run by significant mafia groups around the world. We need experts fighting that and with the powers to fight that.”

Radio New Zealand sports editor Stephen Hewson said the case had left Kiwi cricket’s reputation “tarnished but not tattered”. “Having said that, whenever there are upset results or out of the ordinary performances at cricket matches, there’s always that thought at the back of one’s mind – is that genuine?” he said. “Hardly good for the ongoing reputation of the game.” 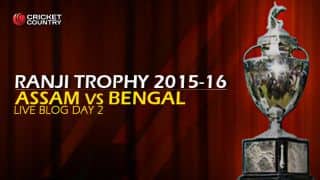 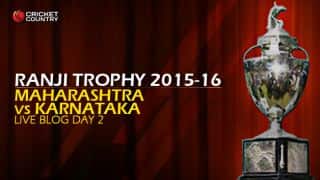