The Jamaican admitted that his description of former West Indies teammate Ramnaresh Sarwan as worse than the coronavirus was 'damaging'. 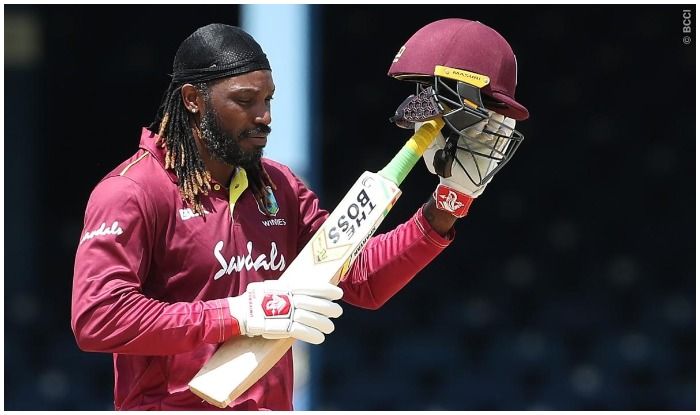 West Indies legend Chris Gayle said he ‘stand by his comments’ over feelings of resentment at his exit from the Jamaica Tallawahs team in the Caribbean Premier League (CPL). However, Gayle admitted that his description of former Jamaica Tallawahs franchise and its assistant coach Ramnaresh Sarwan as ‘worse than the coronavirus’ were ‘damaging’. Things turned sour between Sarwan and Gayle as the latter blasted the former middle-order batsman and went on to the extent of calling him a snake.

Gayle wasn’t retained by Jamaica Tallawahs for CPL 2020 and the big-hitting opener had alleged it was because of Sarwan who created differences between him and the franchise. The 40-year-old made his displeasure known during a remarkable 15-minute video posted on his YouTube channel.

“Recently, I posted three videos on my personal YouTube channel, where I addressed the reasons for my departure from the Jamaica Tallawahs franchise ahead of the 2020 CPL tournament,” said Gayle in an official statement released on the CPL website on Friday.

“I made these videos with one single intention to explain to the fans in Jamaica the reasons behind what has now become my second departure from the Tallawahs franchise. It was my greatest wish to finish my CPL career in Jamaica playing in front of my home crowd at Sabina Park with the franchise that I had previously led to two CPL titles.

“In so far as my resentment at the treatment, I stand by my comments in those videos. My words were spoken from the heart,” he added.

Gayle, however, admitted that such remarks “may be viewed as being damaging to Cricket West Indies, and to the CPL Tournament and its brand”.

“It was never my intention to damage the T20 tournament, as playing in the CPL has guaranteed an opportunity for the past seven years to play in front of the great fans of the Caribbean. This is a privilege which I genuinely appreciate and have never taken for granted.”

Veteran left-hander Gayle, who has since joined the St Lucia Zouks for this year’s edition of the CPL starting in August, led the Tallahwahs to the title in 2013 and 2016.

Although Gayle scored 116 in his second game back, he managed only 243 runs in 10 innings as the Tallawahs finished bottom of the tabl in CPL 2019.

Meanwhile, the CPL Committee also decided that there was no need to constitute a tribunal in the matter related to Gayle’s outburst as the left-handed batsman had assured all parties concerned that he would ‘act in good faith’. The Committee also noted that the matter was closed.

The self-styled ‘Universe Boss’, Gayle has not played for the West Indies since last year’s World Cup.