Sydney Thunders’ explosive batsman Chris Gayle has feels his team should have won  their Big Bash League match against Melbourne Renegades on Friday. 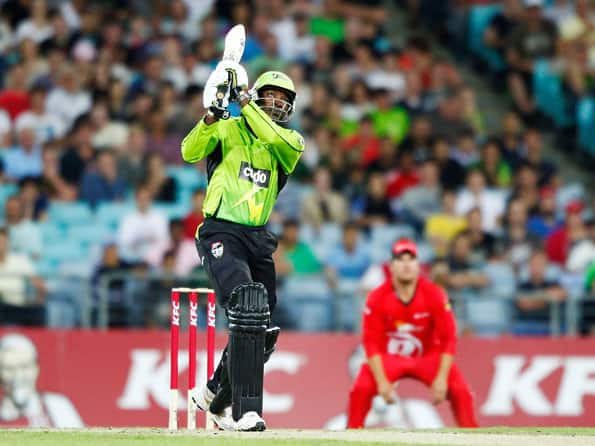 Sydney Thunders’ explosive batsman Chris Gayle has feels his team should have won  their Big Bash League match against Melbourne Renegades on Friday.

Gayle was quoted in Cricket Australia’s website as saying,  “(We) definitely should have won it. At one stage in the middle part, I and Usman Khawaja were batting really well and that partnership was key.

“Eventually it got broken and things kind of deteriorated from there.”

Melbourne, electing to bat, could only manage an under-par 140 for 8, largely thanks to the two openers Aaron Finch (41) and Brad Hodge (44), who strung a 82-run partnership.

Coming out to open for Sydney, Chris Gayle once again looked in sparkling form, much to the delight of the home fans. However, their ecstasy was short-lived as wickets tumbled at the other end. Pakistani all-rounder Shahid Afridi starred with the ball for the Renegades, taking three wickets for 21 runs.

“Sometimes, when I wanted to go, we kept on losing wickets so I had to restrict myself a bit there and try and take it in the last couple of overs but it didn’t come off,” Gayle added. “It’s unfortunate and just we have to try and rebound as quickly as possible.”