Gayle hit 12 sixes and seven fours during his innings

West Indies international Chris Gayle set the Global T20 Canada 2019 on fire with a whirlwind 122 not out off just 54 balls to help Vancouver Knights register the second highest total in T20 history of 276/3 against Montreal Tigers in Match 8 of the tournament at Brampton on Monday.

Gayle hit 12 sixes and seven fours during his innings and combined for a stands of 63 for the first wicket with wicketkeeper batsman Tobias Vesse, 67 with fellow West Indian Chadwick Walton and a massive 139-run stand with South African international Rassie Van Der Dussen in just 8.5 overs.

Visse made 51 off just 19 balls with 11 fours and a six while Walton added 29 off 18 balls. Van Der Dussen smashed 56 off just 25 balls with five sixes and three fours.

However, Montreal Tigers could not mount a reply, as the match was abandoned without a ball being bowled in Montreal Tigers’ innings. The match had to be called off due to the threat of lightning and thunderstorms.

In the other match of the day, Winnipeg Hawks chased down a target of 217 with three wickets in hand against Yuvraj Singh-led Toronto Nationals in Match 7 at Brampton.

In reply, Winnipeg got off to a blazing start with UAE international Shaiman Anwar and Australia’s Chris Lynn adding 48 runs in the first five overs – of which 43 came of Anwar’s bat. Lynn then got together with Sunny Sohal (58) for a stand of 117 runs for the second wicket to put Winnipeg on course for a win.

However, Toronto made a comeback as Winnipeg lost four wickets for just six runs, including Lynn for 89 off 48 balls to a run out, but managed to scrape through for a win. 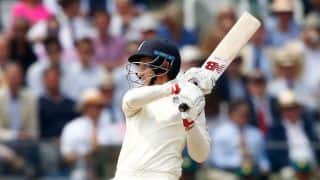 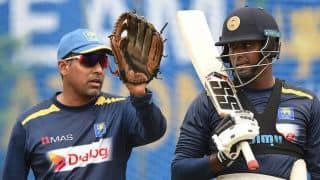