Kieron Pollard, Andre Russell, Sunil Narine and Darren Bravo ruled themselves out due to PSL.

Chris Gayle was named in the West Indies‘ squad for the 2019 World Cup qualifying tournament on Thursday, but other leading players ruled themselves out in order to play in the Pakistan T20 Super League. All-rounders Kieron Pollard and Andre Russell, spinner Sunil Narine and batsman Darren Bravo have all decided to miss the qualifiers in Zimbabwe, which will run from March 4-25. “We are pleased that Chris Gayle and (batsman) Marlon Samuels have indicated their full support and commitment to the cause,” chairman of selectors Courtney Browne said in a statement.

“Kieron Pollard, Sunil Narine, Darren Bravo and Andre Russell however indicated that they were unavailable to help us qualify as their priority was playing in the PSL.” The two-time World Cup winners have struggled to field their strongest side in recent years after a bitter dispute between Cricket West Indies and various players. Russell, 29, has not played for the Caribbean outfit since 2016 after being given a one-year doping ban, with the fast bowler set to return to cricket later this month.

He played the last of his 51 ODIs in November 2015, but was a key member of the side that beat England in the 2016 World T20 final. Pollard returned to the West Indies fold last September against England, while Darren Bravo, who has played 49 Tests, 94 ODIs and 12 T20Is, hasn’t played any international cricket since November 2016. Narine also played the one-off T20 game in Durham alongside Pollard, but will line-up for Lahore Qalanders in the United Arab Emirates while the West Indies bid to avoid the ignominy of failing to reach the World Cup for the first time.

Darren Bravo’s older brother Dwayne, a former captain who has played 164 ODIs, was not even considered for selection. “Dwayne Bravo was not contacted as he had indicated previously that he is no longer available to play cricket for the West Indies,” former West Indies wicketkeeper Browne added. Jason Holder’s team will, however, be boosted by the presence of 38-year-old opener Gayle, who has scored 9,420 ODI runs, as well as experienced middle-order batsman Samuels and Gayle’s explosive opening partner Evin Lewis.

They are having to face qualifying after slipping to ninth in the ODI world rankings, with two teams from the qualifiers to join the world’s top eight countries at the 2019 tournament in England and Wales. The West Indies play their opening game against a World Cricket League Division Two team on March 6 in Harare, before also facing Papua New Guinea, Ireland and the Netherlands in Group A. 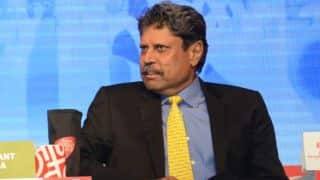