ICC Champions Trophy 2013 winners India are already on Chris Gayle's mind and he says the West Indies would look to "stamp our authority" by using the home advantage when the ODI tri-series, also involving Sri Lanka, kicks off on Friday. 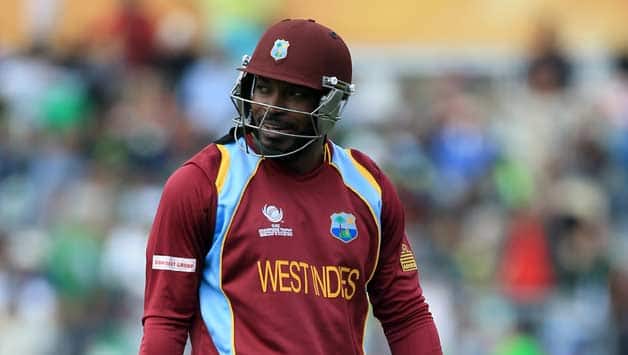 ICC Champions Trophy 2013 winners India are already on Chris Gayle‘s mind and he says the West Indies would look to “stamp our authority” by using the home advantage when the ODI tri-series, also involving Sri Lanka, kicks off on Friday.

West Indies are coming off after a disappointing outing in the Champions Trophy in England, where they failed to qualify for the semifinals.

“Its all good. We were bubbling in England but we were disappointed with how we got bounced out of the tournament and this is a new tournament now and everybody is starting back from scratch and Sunday we will be coming up against the Champions Trophy champion, so it will be interesting,” said Gayle.

“We should use the home advantage to the best of our [abilities] and capitalise on that. They won’t be in their comfort zone so we have to put the pressure on them as much as possible and let them know that we are home and stamp our authority,” he was quoted as saying by Jamaica Observer.

The big-hitting opener said the team was getting acclimatised after spending a lot of time in England.

“The first time the team getting together and our preparation for [tomorrow] is looking good. We have another training session tomorrow and we are actually looking forward to that as well,” said Gayle.

“The guys getting a feel again coming out of the cold after a few days home and getting back to acclimatise to our home condition and looking forward to a good start here,” he added.

According to Gayle, all the three teams — India, West Indies and Sri Lanka — would know the strength and weaknesses of each team having played in the Champions Trophy.

“The good thing about it is, during the Champions Trophy we got to play both teams. We played Sri Lanka in a warm-up which we actually won and India beat us in the second game, so we know their strengths and weaknesses and it is vice versa from their point of view as well so the first game is going to be important for us,” he pointed out.

The West Indies will open their campaign against Sri Lanka.

Deep Dasgupta to coach India Above-19 side