Veteran batsman Chris Gayle has returned to the West Indies ODI squad after skipping the India and Bangladesh limited-overs tour.

Veteran batsman Chris Gayle has returned to the West Indies ODI squad after skipping the India and Bangladesh limited-overs tour as they named a 14-man squad for the first two ODIs against England that gets underway later this month.

Apart from Gayle, wicketkeeper-batsman Nicholas Pooran has earned a maiden ODI call-up while Ashley Nurse, who picked up an injury during India ODIs, also makes a comeback. Gayle last played an ODI in a home series against Bangladesh.

Fast bowler Shannon Gabriel hasn’t been named in the squad as part of his workload management and will be considered for selection later in the series.

Windies Cricket hairman of selectors Courtney Browne said the squad has been picked up keeping in mind the ICC World Cup 2019 in England as they aim to fine-tune their preparations for the marquee event.

“As we continue our Cricket World Cup preparations, the upcoming series against the top ranked ODI side is a great opportunity for us to gauge where we are as a team. This allows us to identify any areas that need addressing relating to selection and also helps the coaching staff to fine tune their game strategy,” Browne said on Windies cricket board’s official website.

He continued, “We welcome the return of Chris Gayle who missed the last two series and Ashley Nurse from injury. We are pleased to introduce Nicholas Pooran to the ODI squad for the first time. He is clearly a young player with undoubted talent and we believe he can add value to our middle order. Shannon Gabriel remains very much in our World Cup plans but with a heavy workload expected in the Test series he will be considered for selection later in the ODI series.”

West Indies have already sealed the ongoing three-match Test series by winning the opening two matches. The third and final Test starts from Saturday followed by five-match ODI series that gets underway from February 20. 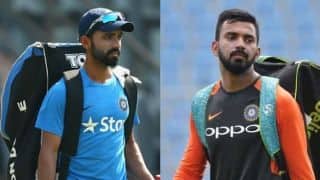 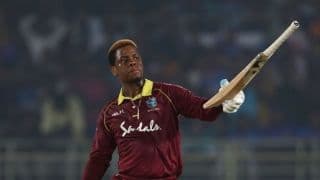