Despite losing their previous T20I to Australia, England will continue playing aggressive cricket in the Trans-Tasman tri-series, confirms Chris Jordan. Jordan put his faith on England’s heavy and long batting line-up, and believed that the last defeat cannot change the visitors’ mindset. England will face New Zealand in the upcoming T20I of the series, eyeing their first points in the tournament.

“Plain and simple. We didn’t get enough runs. It just boils down to that. But our batting line-up is phenomenal. We do play a positive brand of cricket, an aggressive brand of cricket, and we’ll try to take it to the opposition where possible,” Jordan said after England’s 5-wicket defeat, as reported by skysports.com.

“These things do happen but I think over a period of time we’ll have more success than failure. In T20 cricket, you’re always looking to take the positive option and we always trust whoever is out there to do that and play their natural game,” he added.

Jordan stressed on the fact that despite losing wickets at regular interval, England managed to put up a competitive score. “Even with a batting collapse, we still put on 156, put a competitive total on the board. Imagine when we are going and don’t get a collapse, maybe we’ll end up with 200 or 210.”

Glenn Maxwell’s all-round performance was quintessential behind Australia’s victory in the match. Maxwell scored 103 not out and took a 3-wicket-haul. However, he was caught at 59 by Jason Roy a decision that was overturned by the third-umpire despite the soft-signal being out. The decision stirred some controversy.

“I get confused with it, to be honest. If the soft decision is out, I’m not sure how a decision gets overturned. But whatever decision umpires make, we have just got to get on with it and try to win the game,” Jordan said of the incident. 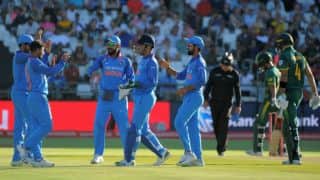 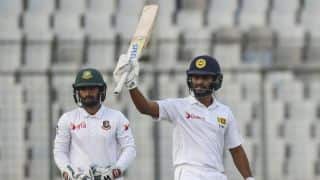