England allrounder Chris Jordan has expressed his desire to be involved in all three formats for England going forward.

England allrounder Chris Jordan has expressed his desire to be involved in all three formats for England going forward. The 30-year-old has been a regular feature in England s T20 but has fallen out of contention in Tests and 50-over format. Jordan has 40 T20I wickets from 34 games but his last ODI for England dates back to September 2016 Pakistan in Cardiff. As far as Test matches go, Jordan was last part of an English Test side in May 2015.

“I don’t regard myself as just a T20 player for England, but that’s the format I’m involved in at the moment,” Jordan told Sky Sports. “I do have ambitions and aspirations of being involved in all three formats, but that is down to me putting in the hard work. If the guys in possession aren’t being pushed it’s almost too easy.”

Jordan recently played in the one-off T20 against Sri Lanka taking 2 for 29, but Jordan s way back to the ODI squad looks slim. England, who have won nine ODI series in a row, already possess a well-balance side, one that already has its World Cup preparations in motion. In fact, the number of talented players in the squad is so high that skipper Eoin Morgan pointed out that he is even willing to omit himself from the Playing XI if it benefits the side. The allrounder slot that once was Jordan s has been taken over by Ben Stokes and Chris Woakes.

Moreover, the emergence of youngsters Tom and Sam Curran and Olly Stone has strengthened the bowling department. Still possessing a burning desire to feature more consistently, Jordan intends on making the most of T20 opportunities provided to him to stake a claim in ODIs.

“Any time you get the opportunity to be involved with this amazing squad is something you look forward to,” Jordan said. “Any chance to put on the England shirt you have to grab it with both hands, whether it’s one game or 10 games. That’s part and parcel of being a professional. The closest tournament in international cricket is the ICC Cricket World Cup 2019, so 50-over cricket may be taking the lead. Going forward [I would like more T20Is], given that at the moment I am only involved in T20.” 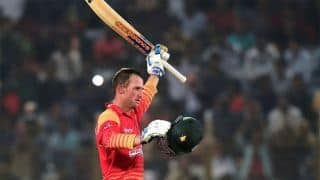 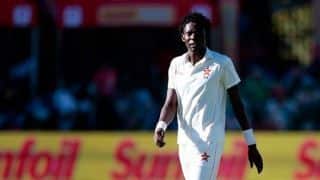