Chris Lynn hammers fives sixes in an over to Ben Hilfenhaus: Twitter erupts

Chris Lynn hammers fives sixes in an over to Ben Hilfenhaus: Twitter erupts

Chris Lynn went ballistic and fired five consecutive sixes in the sixth over from Ben Hilfenhaus.

Twenty20 (T20) cricket is rightly called a game of uncertainties as the game is packed with action and drama. The momentum of the game swings like a pendulum of a clock and the game changes its course in a matter of few moments.

In the ongoing match between Melbourne Stars and Brisbane Heat, something extraordinary happened when the latter’s skipper Chris Lynn went ballistic and fired five consecutive sixes in the sixth over from Ben Hilfenhaus.

Batting first, Heat were in a good position at the end of the fifth over as they were comfortably placed at 48 for the loss of one wicket. Lynn looked good and was batting with immense confidence on 23. The first ball of the over was a slower one which didn’t concede a single run. The next delivery was there to be hit and Lynn rightly deposits it behind square leg for a maximum.

The third delivery was fuller and Lynn swung his bat well to see that ball sailing over deep midwicket for a massive six. Hilfenhaus charged in and got the fourth delivery which was an attempted yorker totally wrong as the delivery ended up being a full toss on the leg stump. Lynn times it well towards square and achieves six runs for this elegant flick. With this stroke, he pulled a hat-trick of sixes.

The fifth delivery was wider and lacked pace but Lynn was wise enough to adapt to the subtle change as he clobbered this one right over the bowlers head only to land safely beyond the boundary rope. Hilfenhaus was under the pump and didn’t have any idea where to bowl; he once again went with the length delivery which was meant to be hit. This one was struck hard straight towards the sight screen and dropped right into the boundary. This was some brutal force by Lynn and a exquisite display of power hitting. The momentum was gained and Heat were all set for a mammoth total.

Lynn was dismissed for a well played 56 off just 24 deliveries but the damage was already inflicted. Heat managed a massive total of 188 runs in their 20 overs. His side registered a win thanks to Samuel Badree’s 5 for 22.Lynn so far has scored 378 runs in the entire tournament at an average of 54 and a strike-rate of over 173. He is also the leading run scorer of the tournament till now. Social media applauded this meticulous effort by Lynn and fans and followers praised him on Twitter. Check out the best of tweets here:

How is Chris Lynn not in our ODI squad? A special talent! #BBL05

Looks like we’ve got another Andre Russell for KKR in Chris Lynn. Excited!

The way Chris Lynn is hitting them, it’s madness that he can’t even make Australia’s squad!

Wow! Chris Lynn has just hammered 5 sixes in an over. The #BBL05 is high adrenaLYNN action. #AdrenaLYNN

I’m watching Chris Lynn instead of the Test. Basically the same as cheating on my wife

Chris Lynn has no respect for a Test bowler with 99 wickets to his name. #Lynnsanity is real! #BBL05

Still struggling to work out how Chris Lynn is not in the Australia’s ODI squad.. pic.twitter.com/6CtAJlBmQa

What more does Chris Lynn have to do to be selected for the one day side? And Faulkner over Christian? What the?! #BBL05

No Chris Lynn in the Aussie ODI squad, Junior? Gotta call in the experts to figure that one out #BBL05 @BBL pic.twitter.com/2zMN3qZI5F 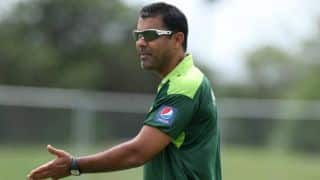