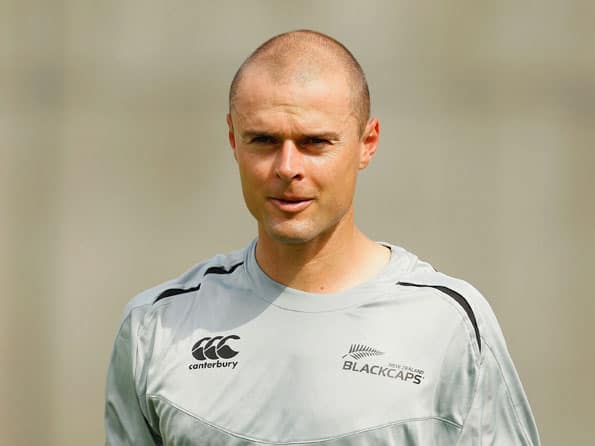 “Being a bowler, you only have 24 deliveries to make an impact on the game. You have to be pretty careful and deal as the game progresses. I played in the World Cup, played T20 in South Africa and enjoyed taking the new ball. And I want to do well in this tournament,” he said following his team Auckland Aces’ arrival here.

Asked about his expectations in the CLT20, he said, “As far as the team goes, it is a step by step process. The first game is a big game. Qualifying is the main job.”

Martin, who harvested a rich haul of wickets in Hyderabad and Ahmedabad as a member of New Zealand’s Test side late last year, said he enjoyed playing in India.

“As a Test playing team, I played pretty good cricket over here against India. I do enjoy playing in sub-continent, I enjoy the heat, I enjoy the crowds. It is one of the pretty big stages you can play on,” he said.

Former Zimbabwe leg-spinner Paul Strang, who is now the coach of Auckland Aces for the Champions League Twenty20, feels that spin bowling is not on the decline as many would think.

“May be off-spin is making a comeback. And you look at Rajeev and few others. I think it comes in waves. I think spin is not on the decline. But various types of bowlers come in,” he said.

Asked about young Indian spinners like Amit Mishra, he said, “If you are breaking into the Indian team, you got to be a good player. It takes many years to become a successful international player. (Amit) Mishra had a couple of good years. He is appreciated and how he bounces back, shows how good he really is.” (PTI)

Broad ruled out of India tour, T20s against West Indies