Morris had an outstanding IPL 2016, scoring 195 runs and scalping 13 wickets

South African all-rounder Chris Morris has said he enjoyed his stint at IPL 2016, but termed international cricket as an different animal prior to his nation’s tri-series at the Caribbean. Morris, who was bought for a whooping Rs 7 crore by Delhi Daredevils, was arguably the best performer in his side. With the ball, he was absolutely excellent, scalping 13 wickets from 12 matches at an economy of 7 RPO. But it was his batting display which won him plaudits. He amassed almost 200 runs at an outstanding strike rate of almost 180. His displays all but confirmed his role in the side as that of a proper all-rounder. With his national side not having a genuine all-rounder, he will be given the chance to shoulder the responsibility. ALSO READ: Chris Morris: Had to Google my IPL auction price

Speaking ahead of the tri-series, cricket.co.za revealed Morris saying, “The IPL was a good one personally. I always see it as a good opportunity to learn more about yourself as a person and as a cricketer. It was a good year, I made a lot of new team mates and friends, but international cricket is a different animal. I will take a lot of confidence from the IPL but it’s good to be back playing international cricket.”

“It’s a big responsibility being an all-rounder in the team. It’s an opportunity I’m trying to grasp with two hands because that is what I want to do. I have put in a lot of hard work, especially on my batting, to have the opportunity. I look at it as an exciting part of my career, I’m at an age where I have an opportunity to cement my spot so hopefully I can do that.”

He also spoke about the need to assess the conditions, with the track being very unfamiliar for the players. “I have never been here before so it will take a couple of overs to adjust. They say that there is quite a difference in conditions from Guyana to Barbados and so on, so we will read the conditions as we get there. One-Day cricket is quite similar to T20 cricket, you have your roles which you define at different stages of the game. The nice thing about cricket is that you have to learn to adjust quickly with the ball, the sooner you do that the better.”

Finally, he spoke about the squad, and their preparation for the series. “The mood is good. It’s always good to be back in the Proteas camp. We had a good couple of days in Trinidad, even though the practice match was washed, out most of the guys had a good run and got some time on the feet in the field, that was important. It’s good to connect with the boys again, we have been away from each other for a while, it’s been great to connect and to look forward to another series for South Africa.” 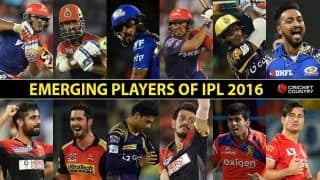 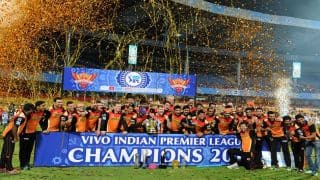