Read brought up his 1,000th catch when he dived low to his left to take a stunning catch of Mark Cosgrove off Stuart Braod's bowling. The cherry on the cake for him was that his team beat Leicestershire by 10 wickets in the match.

Former England wicketkeeper and currently the Nottinghamshire captain, Chris Read reached to the landmark of 1,000 First-Class catches on Friday on the first day of the County Championship Division Two match between Nottinghamshire and Leicestershire at Leicester. The wicketkeeper brought up his 1,000th catch when he dived low to his left to take a stunning catch. He caught his opposite number Mark Cosgrove off England seamer Stuart Broad s bowling in the 38th over of Leicestershire s innings to get to the landmark. Cosgrove, who became a part of Read s milestone, scored 57. Read was thrilled with the effort, which came on the opening day of the season.

“I was very happy with the catch. It’s always tough when they get a bottom edge,” he was quoted as saying by Nottingham Post. “I wasn’t sure it was going to carry so I’m really pleased with that one, he added.

Read became the 10th player overall to complete 1,000 First-Class catches. He also became the 9th wicketkeeper to get to the feat, with former England and Kent player Frank Wooley being the only non-wicketkeeper in the list to complete 1,000 First-Class catches. England cricket also shared the video of Read getting to the milestone:

With 1,018 catches, Wooley is 9th on the list of most catches in First-Class cricket. The list is topped by former England wicketkeeper Bob Taylor, who had 1,473 catches during his First-Class career spanning from 1960 to 1988.

The 38-year-old Read has played 15 Tests, 36 One-Day Internationals (ODIs) and a solitary Twenty20 International (T20I) for England, with his last appearance for the national team coming almost a decade back in Ashes 2006-07.

The cherry on the cake for Read was his team beat Leicestershire by 10 wickets in the match where he got to his landmark. 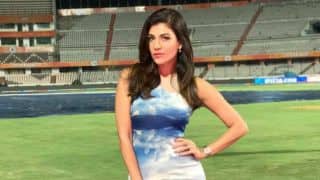