According to BBC, Rogers said that he does not consider Root as an opener , as he plays spin well and is suited for middle order, adding that Robson would be a very good international player.

Root was dropped from the England Test side after the 5-0 Ashes whitewash, as he averages only 25, since scoring 180 in the second Ashes Test at Lord’s last July.

On the other hand Robson scored five centuries for the England Performance Programme (EPP) , and the Lions — England’s second-string side on their winter 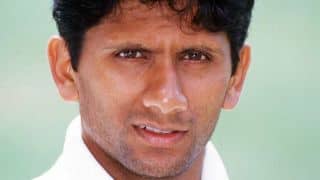