English bowler Chris Tremlett has undergone surgery on his back in London, will miss the ODI series against Pakistan. 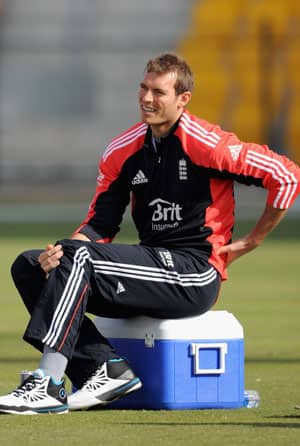 England’s fast bowler Chris Tremlett underwent back surgery, an injury that ruled him out of the Test series against Pakistan in UAE.

Tremlett returned home before the second Test, having made only one appearance after recovering from a similar injury due to which he missed last summer’s Trent Bridge Test against India.

Tremlett was subsequently out of action for five and a half months afterwards, the Press Assocation reported.

A statement released by the England and Wales Cricket Board (ECB) confirmed Tremlett s surgery.

The statement read: “ECB today announced that the Surrey and England pace bowler Chris Tremlett had undergone a back operation at a London hospital last night.

“Tremlett was forced to return home early from England’s tour of UAE last week after a scan revealed a bulging disc in his back.

“The player’s rehabilitation programme will be closely supervised by the England medical team in conjunction with Surrey CCC and a date for his return to cricket will be agreed in due course.”