In a show of solidarity with the victims of, New Zealand domestic cricket team Canterbury has withdrawn from their final Plunket Shield match

In a show of solidarity with the victims of Friday’s Christchurch terrorist attacks, New Zealand domestic cricket team Canterbury has withdrawn from their final Plunket Shield match.

The decision means that Central Stags, leaders of New Zealand’s premier first-class competition, will retain the trophy as Canterbury were the only other title contender.

Canterbury were at the second spot in the points table and scheduled to face Wellington in their final match of the season from Saturday at Basin Reserve, Wellington.

Canterbury Cricket CEO Jeremy Curwin said the decision was taken after consulting the players who put up a united front while arriving at it.

“The team showed a united front in terms of the decision. It is clear that this tragedy will affect people in different ways, and Canterbury Cricket is here to support our players however we can. We fully respect their decision, and I am incredibly proud of how they conducted themselves throughout this process, Curwin said in a media release.

However, the remaining two matches, between Northern Districts and the Central Stags in Hamilton and between the Otago Volts and Auckland Aces in Dunedin, will proceed as per the schedule.

Auckland, though, will miss the services of their two premier players in Martin Guptill and Lockie Ferguson who felt personally uncomfortable in wake of the mosque shooting that left at least 49 dead.

“Both Martin and Lockie felt personally uncomfortable making the trip to Dunedin given the events in Christchurch, and also, the feelings and concerns of their partners and families. Auckland Cricket and New Zealand Cricket completely respect and support their decision. We understand that at times like this, families come first,” Auckland Cricket High Performance Manager Simon Insley said.

New Zealand Cricket CEO David White backed the Canterbury’s decision. “This isn t about cricket; it s about something much bigger and much more important than that. It s about life, it s about respect; it s about family and community. Cricket and sport takes a back-seat to personal welfare,” he said. 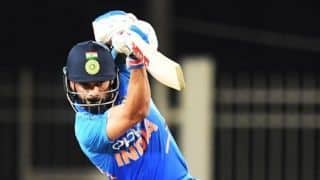