The right-armer said the Tridents planned to draw on the experience of the Trinidad and Tobago squad .

Seasoned international seamer Ravi Rampaul says Barbados Tridents will look to draw on their great team spirit when they launch their campaign in the Champions League Twenty20 starting next week in India.

Rampaul on Thursday said the strength of the squad was the unity which existed among their ranks and believes that despite the nature of the opposition in the tournament, the Tridents stood an excellent chance, reports CMC.

“Like all teams we have a chance. We’ve lost three of our top players but we have a lot of talent in our team and a lot of team spirit so as soon as we reach India, hopefully we can take it game by game and play as hard as we can but like each team we have a good chance,” Rampaul pointed out.

The right-armer said the Tridents planned to draw on the experience of the Trinidad and Tobago squad who played superbly to reach the final of the 2009 CLT20, before going down to New South Wales Blues.

After playing unbeaten to win their group, T&T produced an astonishing semi-final performance to beat Cape Cobras and qualify for the final.

“A lot will depend on team spirit. The Trinidad team had a brilliant team spirit – together as one. Even if one guy doesn’t perform, you have another guy coming in to pick up the slack and it’s the same thing with the Barbados Tridents team,” said Rampaul, who was a member of that 2009 T&T squad.

“Throughout the CPL it was like that. When one guy didn’t perform in his role you had another guy stepping up and doing the job for the team. It’s a similar team to (Trinidad) so hopefully you can do well.”

Tridents will face a tall order in Group B, coming up against the likes of Indian Premier League side Kings XI Punjab, South African outfit Cape Cobras and Hobart Hurricanes of Australia.

They will do so without their three best players – captain Kieron Pollard, Dwayne Smith and Shoaib Malik – all of whom will represent other franchises in the CLT20. 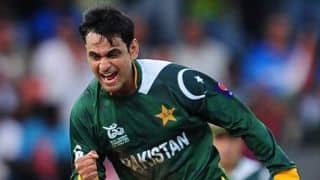 Lahore Lions in CLT20 2014: A threatening unit that can beat anyone on their day 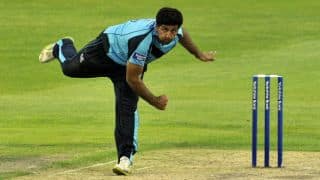