Clive Rice captained the South African team on their three-ODI comeback tour of India in 1991.

Clive Rice, born on July 23, 1949, turned 65 on Wednesday. Rice played three One-Day Internationals (ODIs) for South Africa. He made his first-class debut in 1969, a year before South Africa’s last Test series prior to isolation. He captained the South African team on their three-ODI comeback tour of India in 1991.

But unfortunately he didn’t play the 1992 World Cup. Apart from playing for South Africa, Rice is also remembered for representing Nottinghamshire. He was one of the greatest all-rounders of his day, on par with the likes of Garry Sobers, Imran Khan and Ian Botham.

Rice played 482 First class matches in which he made 26,331 runs at an average of 40.95. His highest score is 246. Not only his batting, Rice’s bowling statistics are also very impressive. He took 930 First-class wickets with 23 five wicket hauls. 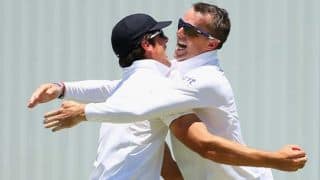