Triumph Knights Mumbai North East and ARCS Andheri will battle it out for a higher spot on the points table as they face each other on Wednesday evening.

Triumph Knights Mumbai North East and ARCS Andheri will battle it out for a higher spot on the points table as they face each other on Wednesday evening in the T20 Mumbai League at the Wankhede Stadium.

In this lone game on Wednesday, Knights would be looking to make full use of their batting fire-power that is big on paper. With the likes of Praful Waghela, skipper Suryakumar Yadav, Akash Parkar and Aditya Dhumal in their ranks, the Knights batting is capable of scoring big, as well as chasing down a big total.

It will eventually come down to the way they pace their innings, and make the right choices at the right time. Parkar and Dhumal have already shown what they are capable of in the team s tournament opener, and there is no reason why they can t repeat such a show.

ARCS Andheri have a solid batting line up of their own, Opener Akhil Herwadkar, all-rounder Shubham Ranjane; left-hand batsman Parag Khanapurkar; skipper Iqbal Abdulla can comfortably clear the ground, and the Knights would have to be wary of that. Ranjane s ability with the bat and ball was crucial for ARCS in their tournament opener, while Abdulla s experience with the ball in the middle overs will be equally important in their next encounter.

It would eventually come down to the team that handles the pressure better in crunch situations. It s still the early stages of the tournament, but a victory on Wednesday would consolidate the position for either side. 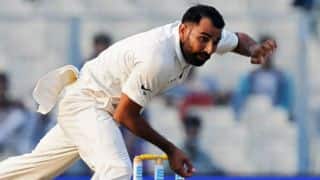 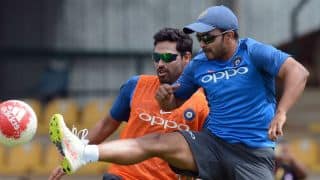 Shardul Thakur ready to step up in absence of Bhuvneshwar Kumar, Jasprit Bumrah