West Indies batting legend Brian Lara will be travelling to India with the Trinidad and Tobago team for the Champions League Twenty20 tournament, commencing on September 17 in Mohali. 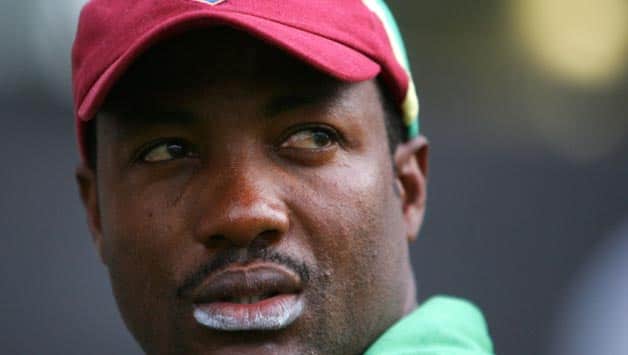 West Indies batting legend Brian Lara will be travelling to India with the Trinidad and Tobago team for the Champions League Twenty20 tournament, commencing on September 17 in Mohali.

Although not a formal part of the team management, Lara during his visit to India, will be playing a dual role of that of a tourism ambassador and a mentor for the Red Force.

Keen to help the team during the competition, the former West Indies skipper said, “I am just going to be there, not a part of management but as a former cricketer I am willing to lend a hand in any way I can.

“I hope I will have a chance to interact with the guys while in India and whatever way I can help. I have always had an open door policy and I look forward to working with the guys, the management, the captain Denesh Ramdin and all the players,” he told reporters.

As a T&T Sports Ambassador, Lara had played a similar role as unofficial adviser to the team during the recently-concluded Caribbean Premier League.

“It’s an honour to be part of the upcoming trip. I’m happy to be associated with Trinidad & Tobago’s participation. We have a team that will make us proud,” he said.

The Ministry of Tourism have sponsored the T&T team to help them prepare for the T20 tournament in India.

T&T team, which is all set to leave for the sub-continent on Monday, will play a warm-up game before opening their campaign against the Brisbane Heat in Ranchi September 22.