Trinidad and Tobago captain Denesh Ramdin says a lack of batting firepower in the death overs and injury to bowler Rayad Emrit contributed to their semi-final defeat to Mumbai Indians in the knock-out stage of the Champions League T20. 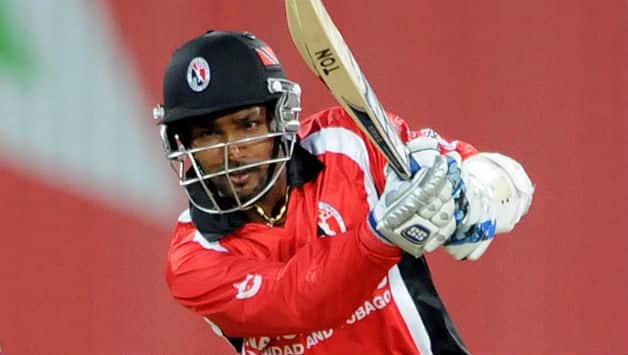 Trinidad and Tobago captain Denesh Ramdin says a lack of batting firepower in the death overs and injury to bowler Rayad Emrit contributed to their semi-final defeat to Mumbai Indians in the knock-out stage of the Champions League T20.

The Red Force suffered a six wicket defeat to Mumbai, who went on to beat Rajasthan Royals by 33 runs in Sunday’s final at the Ferozeshah Kotla to win the tournament, reports CMC.

Ramdin says a plan for one of their top three batsmen to bat through most of the innings did not materialise.

“I think we were about 15 runs short when we batted and we just could not defend our score,” said Ramdin.

“The plan was for one of the top three men to bat until at least the 17th or 18th over and this did not happen. Again we did not have the firepower in the end to take advantage of a good position and we paid the price”.

The Red Force sent in to bat, made 153 for five with Evin Lewis hitting 62 off 46 balls and Yannick Ottley unbeaten on 41.

Dwayne Smith hit a 59 off 38 balls and shared an opening partnership of 90 runs with Sachin Tendulkar to lead the Mumbai Indians to victory.

“We also lost Rayad Emrit and this was critical because he has been a very good bowler for us and it was unfortunate,” said Ramdin.

“All these factors led to our downfall. However, I am proud of the team and I am sure they will continue to fight hard for their country.”

Despite being knocked out at the semi-final stage, Ramdin says that his team enjoyed a good run and that he is proud of his men’s performance.

“We did not win a title and while this is disappointing, when you look at the overall picture you cannot be anything but proud. We fell short in this semi-final and really thought that we could have gone all the way and win”.