Titans Captain Henry Davids has blamed his team's four-wicket loss to Chennai Super Kings in the Champions League Twenty20 opener on the extras that his bowlers conceded during the game. 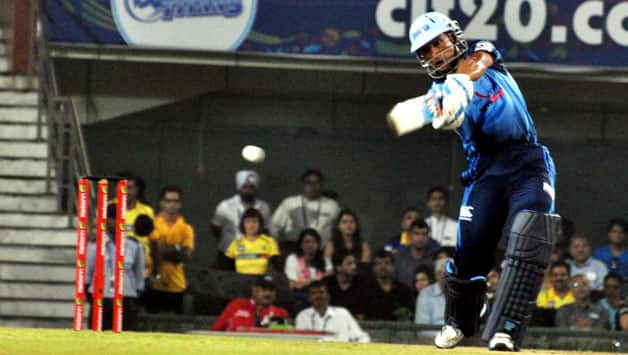 The Titans conceded 24 wides during the match against Chennai Super Kings. Skipper Henry Davids felt that the spinners found it tough to grip the ball due to moist conditions in the evening © IANS

Titans Captain Henry Davids has blamed his team’s four-wicket loss to Chennai Super Kings in the Champions League Twenty20 opener on the extras that his bowlers conceded during the game.

“[We gave away] so many extras, something we have to work out [on it]. We put in a very good score. So we have to go, reflect and what we need to do and come back strong,” Davids said.

Davids said dew was also a factor as the wet ball made it difficult for the bowlers, particularly the spinners.

“Our bowlers have been bowling really well, and there were a couple of nicks through the slips,” he said.

The Titans gave away 24 runs in wides on Sunday and batsman AB de Villiers, who top-scored for his team with a 77-run knock, shared his captain’s sentiments.

“The guys tried to bowl with a very attacking mindset a straight line, trying to get them out, but the wet ball made it very difficult,” he said.

“The field was quite wet and so the ball got wet very early on, which meant it skidded on and made it easier for the batsmen. Our bowlers tried everything they could, all the variations but nothing worked,” he added.

De Villiers, however, felt that his side fought well in the match.

“The great thing was that we really fought right till the end with the ball and in the field. That was the sign of a winning team. So, I’m pretty sure that we will bounce back from this loss,” he said.

Alistair Campbell: The Zimbabwean captain who led them to their first Test series triumph

CLT20 2013: Trinidad and Tobago pinning their hopes on fresh talent