India skipper Mahendra Singh Dhoni's new Mohawk hairstyle has become a rage among his fans in the cricketer's hometown. 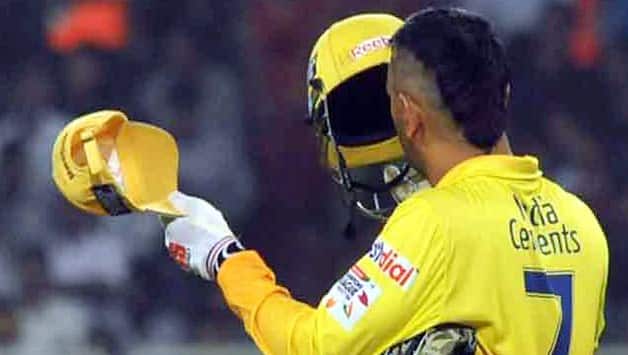 India skipper Mahendra Singh Dhoni‘s new Mohawk hairstyle has become a rage among his fans in the cricketer’s hometown.

From sporting long locks to the latest bald buzz cut, the Chennai Super Kings skipper has been adventurous with his hairstyles. He revealed his new hairstyle when he took off his helmet while wicketkeeping against the Titans at the JSCA International Stadium Complex on Sunday.

The new look reminded the fans of soccer stars David Beckham and Mario Balotelli. When Dhoni made his international debut he had long locks which were also praised by former Pakistani president Parvez Musharraf.

Sources said that it was celebrity hair stylist Sapna Bhavnani, who was a contestant in the sixth season of Big Boss, who gave the new cut to Dhoni.

“Dhoni is Dhoni and he looks great whatever hair style he keeps,” said Amrit Raj, a die-hard Dhoni fan.