The Champions League 2013 kicks off on Tuesday with the first Qualifiers match between Faisalabad Wolves and Otago Volts. The Champions League 2013 kicks off on Tuesday with the first Qualifiers match between Faisalabad Wolves and Otago Volts.

The Wolves would mainly rely on their young players including promising medium-pacer Ehsan Adil, Ali Waqas, Khuram Shahzad, Asad Ali, besides banking on the experience of skipper Misbah and Saeed Ajmal, who has been a national asset in all three formats after his Test debut four years back.

Volts, who crashed out of the 2009 season by losing their first two matches, have the likes of swashbuckling captain Brendon McCullum and brother Nathan to negate any advantage the other teams may get by virtue of familiar surfaces. The Kiwis arrived in Mohali after a training camp in Sri Lanka to get used to the conditions.

The grass on the pitch does indicate that it is likely to assist the pacers. 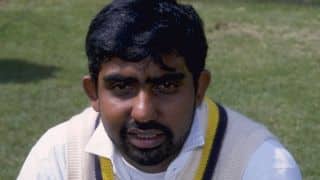