It will be a battle to avoid the wooden spoon for bottom-placed Faisalabad Wolves and Kandurata Maroons, while table-toppers Sunrisers Hyderabad and Otago Volts will hope to continue their winning spree in the inconsequential double-header qualifiers at Mohali on Friday. 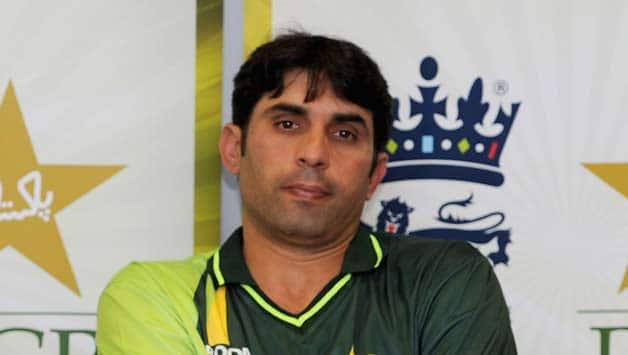 It will be a battle to avoid the wooden spoon for bottom-placed Faisalabad Wolves and Kandurata Maroons, while table-toppers Sunrisers Hyderabad and Otago Volts will hope to continue their winning spree in the inconsequential double-header qualifiers at Mohali on Friday.

Sunrisers Hyderabad and Otago Volts earned their berth in the main draw of the Champion League on Wednesday night after knocking out Faisalabad Wolves and Kandurata Maroons respectively with contrasting victories.

Their victories meant Friday’s back-to-back qualifiers between Faisalabad Wolves and Kandurata Maroons and Sunrisers Hyderabad and Otago Volts is merely for academic interest.

However, both Sunrisers Hyderabad and Otago Volts will look to put their best efforts to continue their winning momentum and snap the winning spree of each other when they clash at the Punjab Cricket Association (PCA) stadium.

The match between Hyderabad and Volts will be a testing time for in-form batsmen Shikhar Dhawan and Brendon McCullum, both captains of their respective teams.

Much of the outcome of tomorrow’s fixture will depend on the performance of Dhawan and McCullum who had so far gave scintillating performances to hel their respective team in the previous fixtures.

It will be a visual treat to watch leggie Amit Mishra bowling against the likes of McCullum and Ryan ten Doeschate who made huge contributions for Volts in the previous matches.

The other match between the Wolves and Maroons — both placed at the bottom in the points table — will be a fight to restore some pride.

It will be an interesting battle of supremacy as both Wolves and Maroons will play out their skin to avoid the wooden spoon.

Misbah-ul-Haq has done bulk of the scoring for the Wolves but their has not been much support from other batsmen. What has hurt them more is their lacklustre performance of the bowlers, who failed to pose a threat to the rivals.

The Maroons, on the other hand, have put up 150-plus score in both their matches but they failed to defend the score and they will need to add some teeth to their bowling.

The Sri Lankan team will also like to wipe out the controversy of Rangana Herath, who was not allowed to take part in the Champions League because he was not part of the Kandurata squad in the Super Fours domestic tournament.

For Wolves, Saeed Ajmal will have to fire more, especially against Upul Tharanaga, the hero of the first match for Maroons. Imran Khalid too can again be a surprise package for the Pakistan team.