Chennai Super Kings batsman Suresh Raina applauded his team's batting for a great start and an equally good finish as it overhauled 185 runs scored by Titans in their Champions League Twenty20 (CLT20) 2013 tie in Ranchi. 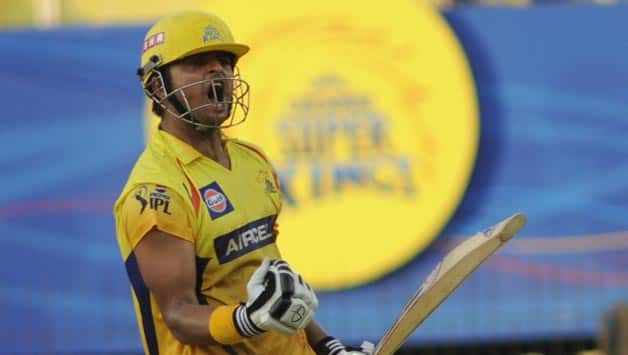 Chennai Super Kings batsman Suresh Raina applauded his team’s batting for a great start and an equally good finish as it overhauled 185 runs scored by Titans in their Champions League Twenty20 (CLT20) 2013 tie in Ranchi.

“Michael Hussey and myself had a very good partnership. Dwayne Bravo and Subramaniam Badrinath finished up well,” Raina said at the post-match press conference in Ranchi on Sunday night after Chennai got the better of the Titans by four wickets.

“We got a good start. Because when you chase 180 runs your start has to be good in the first six overs, you have to play your shots,” he added.

Chasing a massive 186-run target, Hussey (47) and Raina (47) clobbered the Titan bowlers to add 89 runs in just 44 balls for the second-wicket, which swung the match decisively in Chennai’s favour.

“When Morne Morkel bowled the first ball I felt there was not much movement on the wicket, though, the dew factor was there. You have to play your shots. Their bowling attack was good and Morne was bowling very well,” said Raina.

Raina said his plan was to be positive while facing the first six overs and he connected the ball well.

“I think I did the job for the team. And unfortunately I could not turn it into a big score, but I think you have to play shots. I will not commit the same mistake next time.”

On MS Dhoni not getting the winning runs, Raina said winning the match was important and there were two more matches when “you will see his toofani (hurricane) batting”.

Talking about the JSCA cricket stadium, Raina said it was one of the best stadia in the world.

“The stadium is one among the top. Dressing room and all facilities are very good. All former players say it is a world class stadium. I would also like to thank all the groundsmen, who did a good work. We got opportunity to practice,” said Raina.

“Ranchi is Dhoni’s home ground and the people showed great respect and love,” he said, adding the home fans could hope for a hurricane knock from the Chennai captain.