Vettori has been trying to prove his form and fitness ahead of 2015 World Cup.

Former New Zealand captain Daniel Vettori will play for domestic side Northern Districts province in next month’s Champions League T20 cricket tournament in India. Vettori, who played the most recent of his 112 Tests for New Zealand two years ago, became available when his Jamaican side was eliminated from competing in the Caribbean Premier League, Sport24 reported.

New Zealand all-rounder Corey Anderson is unavailable for Northern Districts, but would be participating in the CLT20 tournament with his Indian Premier League (IPL) side, the Mumbai Indians. 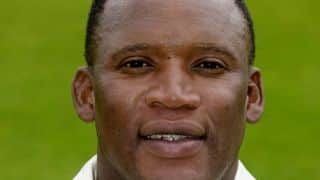