On paper, the Kiwi outfit will have an advantage of sorts against the Hurricanes.

New Zealand’s Northern Knights will look to continue their winning momentum when they face an upbeat Hobart Hurricanes from Australia in a Champions League T20 match on Tuesday. It will also be a battle between Northern’s Kane Williamson, whose copybook skills will be pitted against unorthodox pyrotechnics from Hurricanes’ Aiden Blizzard.

Blizzard had singlehandedly pulled off a spectacular win for his side against Cape Cobras, on Sunday. On paper, the Kiwi outfit will have an advantage of sorts as this will be their fifth match at the Shaheed Veer Narayan Stadium in Chattisgarh’s state capital. The ‘Pink Panthers’ from New Zealand are more aware about the pitch conditions having maintained an all-win record in the tournament so far.

Williamson is enjoying his best form in T20 cricket with a tally of 220 runs from games which includes a classy hundred apart from two half centuries. He will again lead the charge for the Northern side while Blizzard, who has so far totalled 105 runs in two games with a splendid 45-ball-78 against the Cobras, will also loom to repeat his performance. Blizzard’s audacious hitting was well complemented by Ben Dunk at the top of the order as the Hurricanes kept themselves in contention for a berth in the semi-finals after chasing down a commanding total of 184 set by the Cobras. While for Hurricanes, it’s a must-win game, a victory for Northerns would help them take a giant leap towards the last four berth. 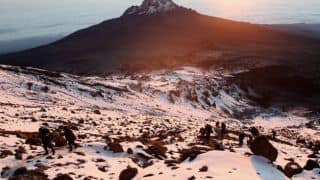