The Lahore Lions spinners were creating a lot of panic amongst the Scorchers ranks.

The Perth Scorchers came out triumphant in their last game against the Lahore Lions on Tuesday chasing down their target of 125 in the Champions League T20 2014. It was, however, far from an easy triumph as at one stage they were 62 for seven. Sitting in the dugout their coach Justin Langer would have feeling pretty nervous during their chase. While Langer would have been pleased that the Scorchers won he was disappointed that his team bowed out of the tournament.

Langer said to the Official Champions League website ” I think it was all about those three overs in the end against CSK and KKR, where we kind of got it wrong, which cost us. MS Dhoni was sublime as we know he can be, and in the game against the Kolkata Knight Riders, we just had a couple of bad overs, interestingly from our two most-experienced bowlers.”

He added ,” Nathan Coulter-Nile had been out for a while and was a bit rusty, but he is still a match-winning player and we love having him in the team.”

One of the reasons for the Perth Scorchers not doing well in this tournament might have been their lack of experience against spin. ” When you come here and you are not used to playing spin, and then you come out against World Class spinners like Sunil Narine and Mohammad Hafeez, you are always going to be tested. Hopefully it will serve the young batting unit good in terms of experience,” Langer said.

The Lahore Lions spinners were creating a lot of panic amongst the Scorchers ranks and in the end it was thanks to a well-made 63 by stand-in-captain Mitchell Marsh and Brad Hogg‘s experience that saw them pull through. 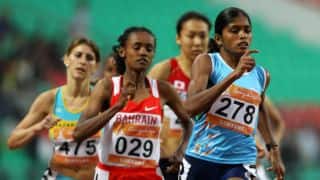 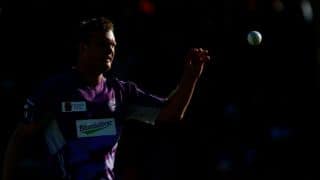