The Cape Cobras were without the services of some of their most crucial players.

The Kings XI Punjab (KXIP) sealed their position at the top of Group B with a convincing seven wicket victory over the knocked out Cape Cobras in Mohali on Sunday. The KXIP now move to Hyderabad from their base in Mohali where they will meet either the Chennai Super Kings (CSK) or the Lahore Lions.

Meanwhile the seven wicket defeat ends the Cobras campaign in which they registered a single Super Over victory over the Barbados Tridents. The Cobras were massively set back by the absence of four crucial players: Dale Steyn (rested by Cricket South Africa), Jacques Kallis (opted to play for the Kolkata Knight Riders) JP Duminy and Beuran Hendricks (both through injury).

Losing such an integral quartet before the Champions League had even begun savaged any real expectations on the Cobras who had they had all four present would be possessive of arguably the strongest non-IPL squad in the tournament. Indeed, even without the foursome, the Cobras squad was one packed with international experience and genuine quality, however their squad did lack depth having lost four such important players.

The young trio of Aviwe Mgijima, Zakhele Qwabe and Omphile Ramela didn’t give the Cobras many options outside the obvious selections and such narrow options were evident when the South African side were faced with genuine quality such as the Kings XI Punjab and the Northern Knights—the latter of whom racked up over 200 batting first.

Despite possessing one of the better set of local players, the Cobras, like the Barbados Tridents whose semi-final hopes were ended earlier in the day, they just couldn’t recover from the loss of key individuals.

The Kings XI Punjab meanwhile have now won all of their group matches and move into the semi-final stage with their favourites tag still well and truly intact.

Their likely semi-final opponents will be the CSK who also like the Kings XI, massively prefer to field first and with their immense batting firepower, chase totals. If the two Indian heavyweights do meet, one of the two sides will have their strategy thrown off kilter as soon as the toss is held. The Lahore Lions, meanwhile are perhaps more averse to chasing and may prefer to defend a total with their strong bowling attack.

The Kings XI have batted first once in the tournament, piling on 215 against the Northern Knights before a combination of excellent bowling and more pertinently perhaps, score board pressure combined to roll the Knights out for just 95. Indeed, it seems either way, in or out of their comfort zone, the Kings XI Punjab look very strong and very formidable. Their opponents will have to hope taking them away from their home in Mohali and to Hyderabad will thrown them off kilter.

Man of the Match: Akshar Patel. 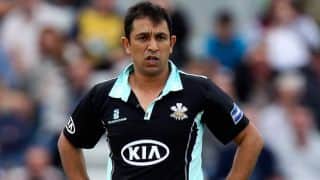