In their quest to be battle-ready for the upcoming Champions League Twenty20 (CLT20) 2014, Kolkata Knight Riders sent four of their players — Yusuf Pathan, Piyush Chawla, Manvinder Bisla and Kuldeep Yadav — to Bloemfontein in South Africa for 15 days of training that included cycling, running and mountaineering.

Looking to carry on the momentum from the Indian Premier League (IPL) triumph, Kolkata Knight Riders batsman Yusuf said the camp between August 20 and September 3 in the rainbow nation under renowned trainer Adrian Le Roux has helped them immensely to be in top shape during the off season.

“We trained hard during those 15 days. We used to go for outdoor cycling and mountaineering and for long treks. The gym sessions were also very good. So it was a complete fitness and endurance routine that helped us remain in great shape during our off season,” said Yusuf in an interview with PTI.

“It was good fun as well. We had a great time together. All of us gelled well and made use of the opportunity. Though Piyush, Bisla and Kuldeep came back after 12 days I stayed on for three more days to complete a satisfying camp,” added Yusuf.

Yusuf, who last played a T20 for India against South Africa in March 2012, finished off a great season for the Gautam Gambhir-led KKR. The hard-hitting Baroda bomber smashed the fastest IPL fifty, in just 15 balls, to help the Shahrukh Khan-owned unit stay second in the league stage and finally clinch its second title.

“We also had proper training in the indoor nets with the local players of ‘Knights’ club helping us with our drills. We batted, bowled and special emphasis was laid on the fielding department. It was a totally different culture there and we learnt different things. Inshallah everybody will see an improved Yusuf Pathan. We left on a good note in IPL this season and I wish to pick up from there when we take field in CLT20,” said Yusuf.

Initiated by KKR CEO Venky Mysore, the camp gave a nice opportunity for the four players to get a feel of world class training before the CLT20 and if Yusuf and Piyush honed their skills then Bisla and Yadav, who is a slow left-arm Chinaman bowler from Uttar Pradesh, got much-needed international exposure.

“It was Venky Mysore’s idea to keep the camp in the off season to provide the ultimate opportunity to these KKR players. It was certainly a great exposure for the players as it provided a perfect getaway to train in South Africa,” KKR Team Director Joy Bhattacharya told PTI.

“It was a nice off-season exercise for the players. It will certainly add to their resume and to train under top facilities in Bloemfontein under world class trainers like Adrian Le Roux is a great opportunity. And I am sure all these four players will benefit from this outing,” he added.

While Yusuf is hoping for a return to the national team soon, leg-spinner Piyush is also looking for an opportunity to sneak into the team before the 2015 World Cup.

Yusuf, 31, has represented India in 57 ODIs and played 22 T20s for the Men in Blue before falling out of favour after a slump in form. He was also a part of the World Cup-winning squad in 2011.

Chawla, who has had a start and stop career since he made his Test debut in 2006, will also be banking on a good CLT20 showing to make a return to the national fold.

Meanwhile, Bisla and Kuldeep are still waiting to be capped as the duo try and make their mark in tournaments like the IPL and the CLT20. Wicketkeeper-batsman Bisla, 27, who is a veteran of 49 first-class matches, has represented Deccan Chargers, Kings XI Punjab and now KKR in IPL.

Kanpur-born Yadav though is a lesser-known slow left-arm Chinaman is eager to make his presence felt in any KKR play their opening game against Chennai Super Kings on September 17 at the Rajiv Gandhi International stadium in Uppal, Hyderabad.

With captain Gambhir not doing well in the England series, KKR will surely to looking to start from where they left in this year’s IPL. 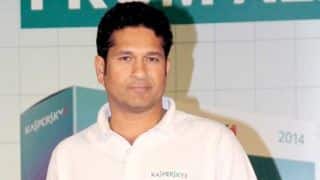 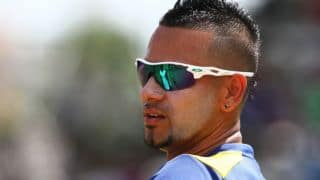