Malinga captained the Southern Express during their victory in the local T20 league.

Sri Lanka pace spearhead Lasith Malinga chose Mumbai Indians over Sri Lankan Twenty20 side Southern Express in the Champions League Twenty20 (CLT20) tournament, which is to be held in the month of September, 2014.

Malinga conveyed his wish to play for Mumbai Indians to the Sri Lanka Cricket (SLC) officials, said Nishantha Ranatunga, who is the SLC Secretary, reported Mid-Day. “We wanted him to play for Southern Express. But Malinga wanted to play for the Mumbai Indians,” Ranatunga said.

He said this with reference to the existing contracts entered by SLC with the Indian Premier League (IPL), Champions League and the local players. He further added that the players are being given the option to make their own choice about which team they will prefer to play for. Malinga captained the Southern Express during their victory in the local T20 league. 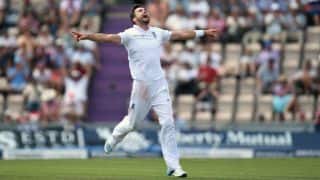