The broadcaster will instead pay a collective fee of $300 million to the cricket boards of India, Australia and South Africa.

The Board of Control for Cricket in India (BCCI) has waived off $475 million which Star TV was supposed to pay for the remaining four years of the Champions League T20 (CLT20). The Indian cricket board is believed to be in talks with its contemporaries from Australia and South Africa to decide on the future of the tournament which does not generate interest among fans.

According to Cricbuzz, Star TV has managed to convince the Indian cricket board to waive off the sum, which will now help them to save $90 million per season. The broadcaster will instead pay a collective fee of $300 million to the cricket boards of India, Australia and South Africa.

The ESPN-Star TV joint venture had signed a 10-year deal in 2009 for the broadcasting rights of CLT20 tournament for a whopping $975 million. Four editions, including the one this year, are left as per the deal. The deal between the BCCI and Star TV happened when N Srinivasan was at the helm of the Indian cricket board. “They’ve rarely shown such a generous side,” said a source. 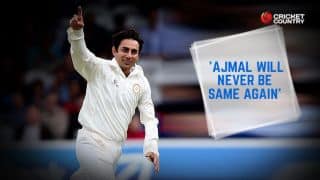