Azhar had recently written to CoA to clear his outstanding dues pointing out that the Andhra Pradesh High Court had held the BCCI ban illegal and unsustainable .

It all started when Manoj Prabhakar had accused fellow Indian player of offering him INR 25 lakhs for throwing the match against Pakistan in Sri Lanka in 1994. The matter was later brought into light on May 2000, when Prabhakar claimed it was Kapil Dev who asked him to underperform. There were raids that took place at top cricketers’ houses. However, it was in November 2000 that Mohammad Azharuddin was found guilty of match-fixing, while Ajay Jadeja, Prabhakar, Ajay Sharma and then Team India physio Ali Irani were found guilty of having connections with the bookies. On December, Sharma and Azharuddin were handed life ban. Mohammad Azharuddin s outstanding dues to be discussed during CoA meeting on August 7

Azhar had recently written to Committee of Administrators (CoA) to clear his outstanding dues – his monthly pension and one-time benefit given to past cricketers, pointing out that the Andhra Pradesh High Court had held the BCCI ban illegal and unsustainable . Azharuddin had not received his dues since 17 years. The CoA had even discussed about the same during their meeting on August 7. However, now the committee has asked BCCI to take a call on clearing the dues of the former captain. Sharma, Prabhakar and Jadeja who have been serving similar bans would also hope to receive their pending dues. One of the top BCCI official was quoted saying, “If Azhar s plea is accepted, then indirectly, the board will have to give pending dues to the other three cricketers too who were convicted by the BCCI. The members will have to take a call when the board s AGM takes place,” as mentioned on Indian Express.

Azhar, on the other hand, is positive that BCCI would take the right decision especially with the cricketer now attending BCCI events as well. “My expectations are positive; I never think negative. The letter that I sent to the Indian cricket board was put on the agenda of the meeting so that means they are serious about it. I am hoping this case is resolved at the earliest and we move ahead,” said a hopeful Azhar. 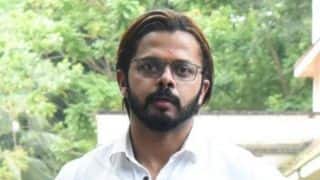 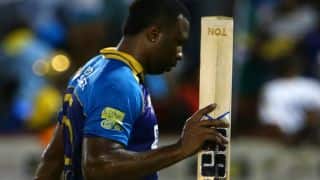