BCCI lawyer Gunjan Rishi said that this situation has arisen on account of different interpretations being given to the phrase "similar lines".

The Committee of Administrators (CoA) chief Vinod Rai informed that 26 state bodies have complied with the new constitution of the BCCI and also appointed electoral officers to conduct elections while there were another four associations which were in the process of appointing electoral officers.

Rai went on to add that those non-compliant will not be allowed to vote in the BCCI elections. But Supreme Court lawyers and State Associations are of the view that this is for the apex court to decide.

“Now those constitutions were sent to the CoA to check if they are in order or not. Then the CoA has sent certain points and said these are not in consonance with the BCCI constitution.”

BCCI lawyer Gunjan Rishi said that this situation has arisen on account of different interpretations being given to the phrase “similar lines”. He said that while the CoA has attempted to interpret it to mean that it should be a mirror image, the state bodies have been advised that this is not the case and therefore they have gone to the apex court to seek clarity while the CoA appears to be acting upon it despite the obvious confusion. There are other such issues as well.

Chitale also had a similar view: “There is a dispute with regards to that whether what the CoA is saying is correct and the state constitution has to be exactly like the BCCI constitution. All these disputes were referred to the amicus curiae PS Narasimha by the Supreme Court. The amicus curiae has been given the responsibility to sort this out and if it isn’t sorted then make a report of the same and submit it before the court.

“The SC had also said that if anyone has a problem with the amicus curiae opinion then that can also be raised with the court. So that entire exercise has to be completed and till that is done, they (CoA) cannot unilaterally go ahead and hold elections, because the orders of the Court may have far-reaching ramifications,” he explained. 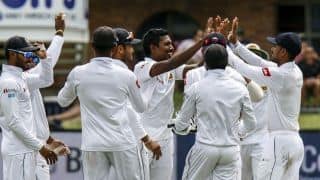 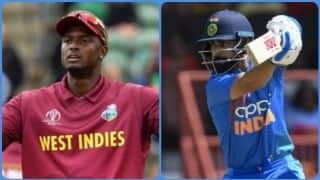