The split in CoA is wide open as chief Vinod Rai has called for deferment of the BCCI elections, but co-member Diana Edulji doesn't.

The corridors in the Board of Control for Cricket in India (BCCI) headquarters are buzzing ever since the Supreme Court order on Friday allowed Tamil Nadu Cricket Association (TNCA) to hold elections even though the Committee of Administrators (CoA) wanted otherwise. In fact, the split in the committee is wide open as chief Vinod Rai has called for deferment of the BCCI elections, but co-member Diana Edulji has begged to differ.

Speaking to IANS, a senior BCCI functionary said that while Rai and Ravi Thodge are in favour of deferring the board elections, Edulji has made her stand very clear not only to the committee, but also to the Amicus Curiae.

“She has begged to differ with Rai and Thodge and sees no reason why the BCCI elections need to be deferred. In fact, she has made this clear even in the mails that have been exchanged by the three members of the CoA. Also, she informed the Amicus of the same on Monday when talks were on that the CoA wants clarity on the latest order of the court. She believes that there is still enough time to hold BCCI elections and even the court has made it clear that one doesn’t need the 21-day notice to call for elections,” the functionary revealed.

Sources in the know of developments have told IANS that Rai is currently in Mumbai at the BCCI HQ and meeting the legal team along with CEO Rahul Johri to find a way out since the Amicus has supposedly not shown much interest in the CoA’s attempts to postpone the elections.

The CoA on Monday filed an application in the Supreme Court seeking certain clarifications to the court’s order on holding elections in the state associations of the board. The Supreme Court had on Friday allowed TNCA to hold elections.

In the application, accessed by IANS, the CoA said: “The CoA is specially seeking clarification to the portion of the Order whereby this Hon’ble Court has:

1) Permitted the applicant TNCA to hold elections to the post of Assistant Secretary.

2) Directed that disqualification shall be confined only to those who had held the post of “Office Bearers” of the Cricket Association.

It is humbly submitted that the direction is erroneously construed in such a manner so as to override the principal judgment dated 18th July, 2016 and 9th August, 2018.”

Speaking to IANS, a senior board official said that the move was on expected lines as the CoA wants to extend its tenure.

“Not surprised. The order of the SC is crystal clear, but the CoA’s actions clearly show what we have been saying all along, that is, they want to extend their tenure and don’t want this matter to be concluded so that CoA may continue functioning,” the official said. 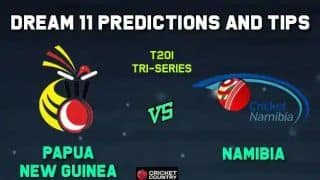