It is learnt that CoA waited for the acting secretary Amitabh to sign Singh's appointment letter but he refused to sign.

It is learnt that CoA waited for the acting secretary Amitabh to sign Singh’s appointment letter but he refused to sign. With former Delhi top cop Neeraj Kumar’s tenure ending on March 31, the CoA were forced to clear the appointment of Singh for the new financial year.

Kumar will however assist him for two months during IPL for smooth transition.

The CoA in a directive issued for the office-bearers on March 15, had categorically stated that any appointments not cleared by the secretary within five working days, will then be cleared by the Vinod Rai-led committee.

When secretary Chaudhary was contacted, he confirmed to PTI that the appointment of Singh has indeed been cleared without his consent.

“I have seen the media release. I am filing a reply to CoA,” Chaudhary told PTI.

The CoA along with CEO Rahul Johri has been at loggerheads with the three principal office-bearers: acting president CK Khanna, acting secretary Chaudhary and treasurer Aniruddh Chaudhry.

“The secretary was sitting on the appointment letter for days despite CoA’s diktat. They had no option but to clear the appointment,” a BCCI official close to the CoA faction said.

In fact, Chaudhary was peeved because Professor Shetty’s extension was shot down.

“Today is the last day of the month. The recommendation for extending Prof Shetty’s tenure by three months, in keeping with BCCI’s requirements as well as the thoughts recorded in the CoA meeting dated 12 December 2017, were made in the morning of March 28. However, no response has been received either from the CoA or the CEO,” Chaudhary wrote a letter to CoA, a copy of which is in possession of PTI.

“This is an unforseen situation where the three elected office bearers have unanimously supported a cause and the same has been blocked. In other words, the General Body itself has been blocked. The Constitution of BCCI in force can aptly deal with this situation,” he further wrote.

“Amitabh was not wrong in seeking Professor Shetty’s extension as his experience in dealing with administrative affairs of women’s cricket and anti-doping measures were important. Since Indian women will be playing continuously for the next few months, Professor Shetty was required. It’s not a correct thing to do,” an angry office-bearer from the anti-CoA faction said. 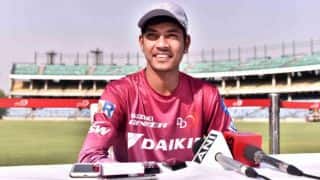 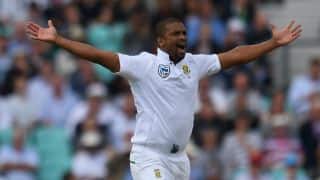