The Committee of Administrators is likely to ask the Supreme Court to decide the dates for BCCI polls on November 27.

The Committee of Administrators (CoA) is likely to ask the Supreme Court to decide the dates for BCCI polls on November 27. But while most of the state associations will be eligible to cast their vote, the ones who are unsure about the implementation of the Lodha Committee reforms could be barred from voting.

The posts that are up for grabs are that of BCCI president, secretary, treasurer, joint-secretary, vice-president and an apex council member. As per a report in the Times of India, 15 associations have agreed to implement the reforms. Their sources also verify that most of the associations are likely to implement the reforms because they do not want to lose their voting rights.

What also adds to the urgency of having an elected body looking after the board affairs is the alleged rift between chairman Vinod Rai and Diana Edulji, ever since the two failed to see eye-to-eye over CEO Rahul Johri s controversy. There is a belief that the dispute may take place again and to avoid the predicament, the belief is that either the SC appoint an administrator to monitor the proceedings or conduct elections at the earliest. 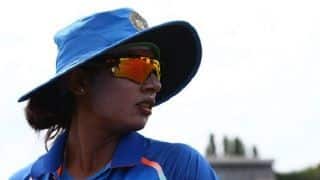