CoA has filed an application in the SC seeking certain clarifications to the court's order on holding elections in the state associations.

In what is being seen by the BCCI office bearers and state body officials, as a last ditch effort, the Committee of Administrators (CoA) has filed an application in the Supreme Court seeking certain clarifications to the court’s order on holding elections in the state associations of the board. The SC had on Friday allowed Tamil Nadu Cricket Association (TNCA) to hold elections.

In the application, accessed by IANS, the CoA has said: “The CoA is specially seeking clarification to the portion of the Order whereby this Hon’ble Court has:

* permitted the applicant – Tamil Nadu Cricket Association to hold elections to the post of Assistant Secretary.

* directed that disqualification shall be confined only to those who had held the post of “Office Bearers” of the Cricket Association.

It is humbly submitted that the direction is erroneously construed in such a manner so as to override the principal judgment dated 18th July, 2016 and 9th August, 2018.”

The CoA among other points has gone on to mention how the TNCA and the Haryana Cricket Association have remained defiant and intransigent and have deliberately not adhered to the newly registered BCCI constitution.

The CoA has also prayed that the order passed on Friday be clarified/modified so that election for the post of office bearers in the TNCA be limited only to the 5 posts mentioned and approved in the BCCI constitution registered pursuant to the order passed by the Supreme Court on August 9.

Speaking to IANS, a senior board official said that this was the last effort from the side of the CoA to extend their stay in office.

“They are now clutching at straws to extend their tenure. This application filed upon the insistence of someone in the CoA clearly shows what we have been saying all along, that is, the person does not wish for this matter to be concluded so that CoA may continue in this position since they have no other high profile assignment at the moment.

“The order of the Hon’ble Court is absolutely crystal clear and that is why the CoA and their lawyers have not been able to create confusion on account of it. Even earlier the CoA had deliberately misconstrued an order of the SC with regard to the 9+9 issue with the SC then telling the CoA that the order was clear as the cloudless sky,” the official said.

A state association official echoed the sentiments and said that it is being made to look like an ego battle rather than moving forward.

Another BCCI office bearer questioned the swiftness in filing the application against Friday’s order and asked why the same swiftness wasn’t shown in dealing with the alleged sexual harassment case of the CEO.

“We did not see this swiftness when the matter pertaining to the sexual harassment matter of Rahul Johri was concerned. Have they even approached the court in that matter? There is an application in that regard pending before the Hon’ble Court. That should be heard too since it would expose the manner in which the same was dealt with by the CoA.

“The copy of the order of the irregular committee constituted by the CoA has not even been made available to those who had made allegations against Johri. The connections to that committee are clearly visible in the preferential treatment being meted out to a particular association since someone hailing from there is said to have helped in that matter,” the office bearer pointed. When is the right time for MS Dhoni to retire? Debate continues 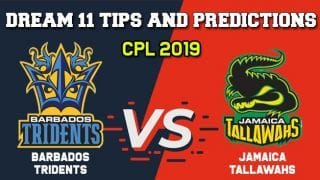