The Committee of Administrators (CoA) is facing practical problems in implementing the conflict of interest guidelines on the day-to-day BCCI operations, CoA member Diana Edulji conceded on Monday and said that a “white paper” will be prepared detailing the issues.

Edulji and her colleague Lt Gen (Retd) Ravi Thodge met past and present cricketers, including former national captains Dilip Vengsarkar and Sourav Ganguly (via Skype), to discuss the “problems” caused due to the contentious clause incorporated by the Supreme Court-appointed Justice RM Lodha panel.

Gen Thodge echoed Edulji’s sentiments. “There are some genuine difficulties which our cricketers face. We may not agree to certain things but certain things we have to agree. So, those are the issues what we wanted to gather from them and that was the purpose of this meeting,” Thodge said.

“Cricketers are the ones who are conflicted, so we are addressing their issues,” he added.

The new BCCI constitution makes it clear that it will be ‘One Person One Post’ and violation of that is deemed ‘Conflict of Interest’.

ALSO READ: There is no conflict in Rahul Dravid’s appointment as NCA head: CoA

“Sourav (Ganguly) was also there on Skype putting his (views). Good suggestions did come in and also that we will formulate a white paper and put it to the Amicus (Curiae) who would submit it to the (Supreme) Court,” Edulji said.

A ‘White paper’ is an authoritative report or guide that informs readers concisely about a complex issue and presents the issuing body’s philosophy on the matter.

However, Edulji maintained that as of now, the Conflict of Interest rules need to be followed in letter and spirit.

“But as of now Conflict of Interest rules have to be followed because they are enshrined in the Constitution and as and when, it will be decided by the Court, the amendments will be made,” Edulji told reporters here after the meeting.

The former India women’s captain said that the discussions and issues raised will be taken up at the next CoA meeting where chairman Vinod Rai would be present.

“We will sit in our next meeting and discuss all these points. We are trying our level best to see what is best for cricket. We don’t want to hamper anybody but also stay within the rules,” she said.

About Ethics Officer issuing notices to the likes of Tendulkar, Dravid and Laxman, Edulji said that Jain is merely following the rule book.

“The Ethics Officer sends complaints to us and we give our view also and then he takes the call. As of today, he (the Ethics Officer) is still going to take the call. We have to respect that he is a former judge of the Supreme Court and will go by the law-book.

“It’s there that cricket is having a little problem with these conflict rules but I think once the (white) paper is put properly to the (Apex) court, it will definitely understand,” she further added.

Edulji refused to reveal the contents of ‘White Paper’ as it is still under process.

“I would not like to disclose that (contents) right now as it is a long process. We have our people making the drafts and thereafter we have the discussions and then we will present it to the amicus.

“The decision for the changes we are seeking can be done after Court’s intervention. It is court-directed thing and we are also court appointed, so the final decision will be with the Supreme Court,” stressed Thodge.

Former India pacer Irfan Pathan, who attended the meeting, said players apprised the CoA about the issues they were facing. “It was a long and good discussion. We explained our side,” said Pathan.

Tendulkar, Laxman, Dravid and Harbhajan Singh, however, skipped the meeting. 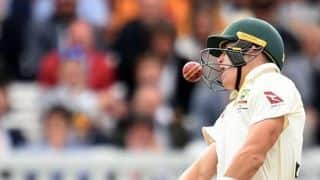 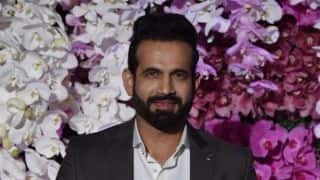