Saba Karim is expected to propose the names to the committee comprising of Vinod Rai, Diana Edulji and Lt. Gen. Ravi Thodge.

The Supreme Court-appointed Committee of Administrators (CoA) will discuss the Board of Control for Cricket in India BCCI nominations for this year’s Arjuna Award among others things when they meet in the Capital on Saturday. GM Cricket Operations Saba Karim is expected to propose the names to the committee comprising of Vinod Rai, Diana Edulji and Lt. Gen. Ravi Thodge.

While nominating players for the award will be on top of the agenda list, another important factor will be discussing the matter of the women’s head coach and refer it to the Ombudsman to take a call on the decision-making process.

This apart, the CoA will also propose the prize money for new tournaments, propose guidelines for utilization of funds granted, discuss the recommendation of ombudsman in the Sachin Tendulkar and VVS Laxman matter as also check the progress in the formation of the players association.

When asked if someone like KL Rahul – has played for the country in 34 Tests, 14 ODIs and 27 T20Is – could be considered after coming under fire for his inappropriate comments in a chat show, the official said: “It is a closed matter technically and there is no reason why he cannot be given the award for his contribution to the game after the ombudsman gave him a clean chit. But yes, timing is something that can definitely be debated.”

In the conflict matter concerning Tendulkar and Laxman, the official said: “It should be on the same lines as that with regards to Sourav Ganguly. The duo will be asked to make full disclosure and then permitted to continue in all likelihood.” 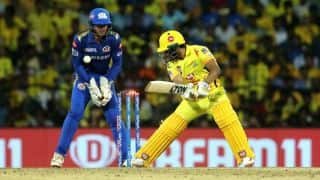