The Supreme Court appointed Committee of Administrators (CoA) has come under criticism after it relaxed the one-year domicile rule for the wards of government employees.

The Supreme Court appointed Committee of Administrators (CoA) has come under criticism after it relaxed the one-year domicile rule for the wards of government employees.

As per the new ruling, the children of transferred government employee will be eligible to consider as local player provided they submit the documents supporting their parent’s transfer order and an Aadhar Card with the updated address.

The rule reportedly has been changed without consulting the technical committee of the BCCI. Ratnakar Shetty, currently part of the CoA tasked with the running of Hyderabad Cricket Association (HCA), has writeen to BCCI General Manager Saba Karim regarding the change.

“(I’m) extremely disappointed that the eligibility rules are being changed after the start of the cricket season. BCCI rules were always vetted by the Technical Committee of the Board and the same were circulated well before the season to enable the state units to make pick their own probables. I don t remember ever the eligibility rules being changed in this manner,” TOI quoted a mail from Shetty as saying.

Most of the state units have framed their eligibility on the basis of the BCCI rules and regulations and follow the same stringently. for example in MCA, the boy/girl has to play in the local cricket for at least one year before being considered for the state team even for those who are coming back after playing for another state. I just wanted to share my thoughts which i discussed with you earlier too. 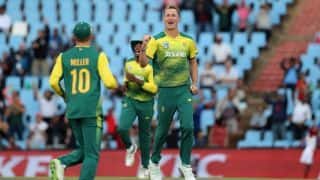 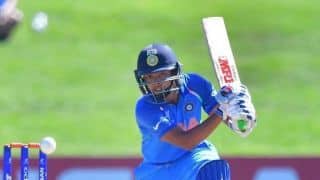